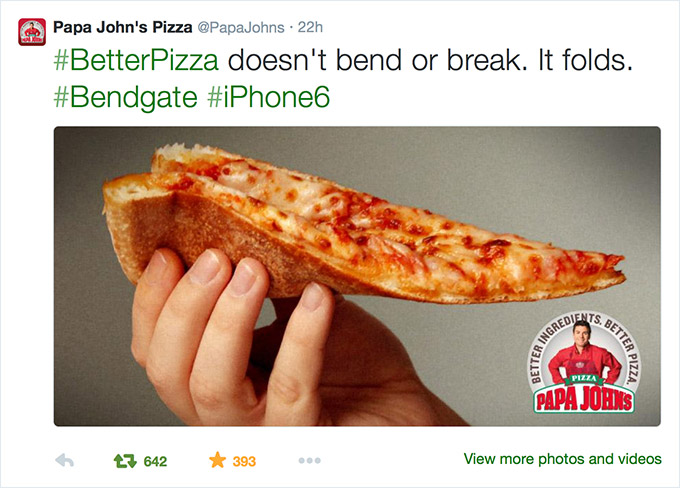 I primarily worked on Social while at Grey and then a bit for a few OTC and Supplement brands at Havas.

One of our most successful organic posts came in the wake of the “bend-gate iPhone scandal” with this clever post poking fun and displaying “folding” being a good attribute for pizza consumption. 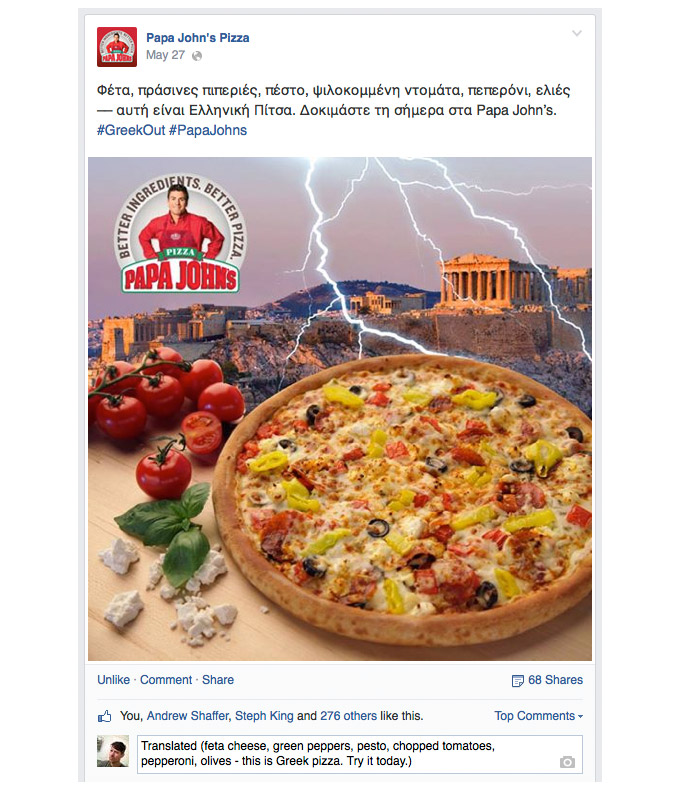 With the Greek pizza campaign, we decided to post the entire series in the Greek language allowing only Twitter translator to give non-Greek speaking readers the content we were expressing in English.

A great little campaign we worked on for Zantac used the the idea of “tiny food” to express the heartburn sufferer’s hesitation when it came to eating the things they love. With Zantac normal sized food becomes OK to eat.

Muscletech allowed us to use really fun esthetics within some simple footage they provided. We rotoscoped animated shapes and created glitching, adding cool fonts and such to help shape their brand.

We also created content for them like this protein shake recipe video that gave their audience ideas how to make a shake into more of a treat.